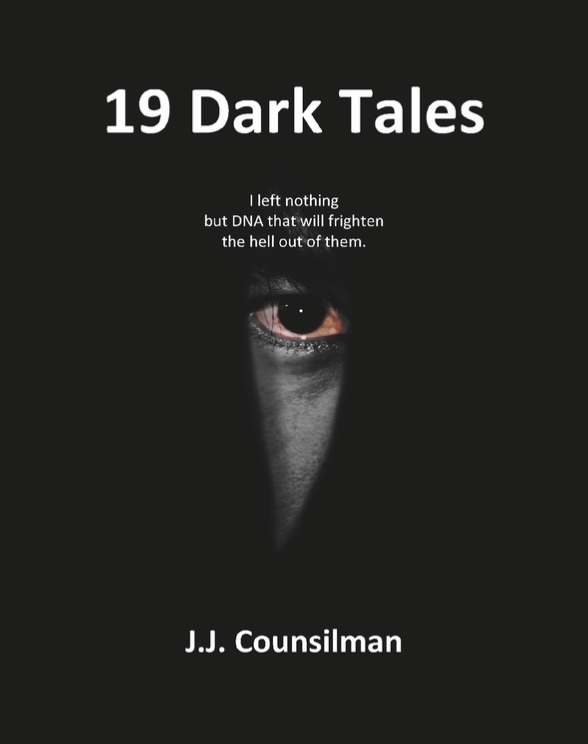 19 Dark Tales is a collection of new and published stories of 1,200 to 10,000 words. They were chosen for minimalism and variety within the themes of crime, conflict, and misfortune.

Within the 3 themes, the stories cover an attempted assassination, a deadly nightmare, death in a 1930s barrelhouse, the anguish of a football player, a murderous chess Grandmaster, friendship between a girl and a moon bear, personal vengeance (3 stories), insane synesthesia, Muslim terrorism, death of a monoamniotic twin, harsh Chinese village life, a glimpse of the Queensland outback during the 1970s, greed of Chinese gangsters, a divination, Uyghur resistance, ancient slavery, and a nootropic drug.

Images appear throughout; and Barrelhouse Bolero has QR codes to original blues recordings.

karma will catch up to me,

what right has karma to

judge my rights and wrongs, and

with its imperfect justice?