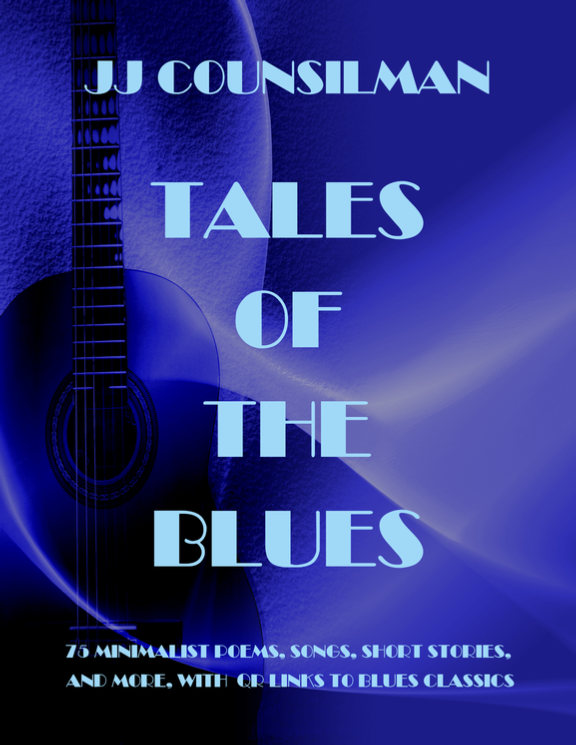 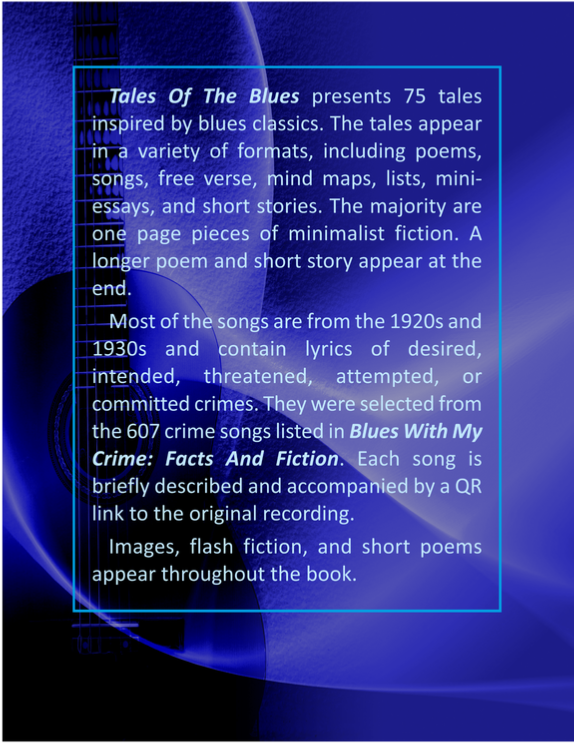 Tales Of The Blues presents 75 tales inspired by blues classics. The tales appear in a variety of formats, including poems, songs, free verse, mind maps, lists, mini-essays, and short stories. The majority are one page pieces of minimalist fiction. A longer poem and short story appear at the end.

Most of the songs are from the 1920s and 1930s and contain lyrics of desired, intended, threatened, attempted, or committed crimes. They were selected from the 607 crime songs listed in Blues With My Crime: Facts And Fiction. Each song is briefly described and accompanied by a QR link to the original recording.

Images, flash fiction, and short poems appear throughout the book.

I was in love once.

Now I’m sleeping with a gun

and one eye open.

I was in love once.

Now I’m sleeping on the run