Gadfly Tales: Chinese Short Stories is a collection of 18 stories of assassination, culture, divination, dreammasters, gangsters, hell, love, revenge, slavery, and terror. The major themes are lucid and invaded dreams and military and martial arts conflicts. The stories take place during ancient times, the eighteenth century, the nineteen eighties, and present day, all with heavy accents on Chinese culture. Chapters 1, 6, 11, 13 have not been published elsewhere. The remaining stories have been adapted from chapters in four novels: Journey into a Far Country (4, 7, 15, 16), The Superior Men of Xinjiang (5, 8, 10, 14), The Vengeance of Superior Men (2, 12, 17, 18), and The Little Chinese Dreammaster (3, 9).

1. The Dream Healer is a Qing Dynasty story of a skilled peasant’s dangerous attempt to heal an arrogant, vindictive Baroness through dreams.

2. A Borrowed Knife is the story of an attempted assassination of an American-Chinese doctor by a Chinese security agent for the doctor’s incursion into the Autonomous Region of Xinjiang to rescue friends from the plague and gangsters.

3. The Dragon Gate Gang is a tale of a man’s attempted rescue of his wife and daughter from slavers during the Qing Dynasty.

4. It Was Easier At The Time is a tale of revenge in the mountains of Sichuan shortly after the cultural revolution.

5. His Conscience Was Eaten By A Dog is a present-day story of a Chinese gangster in the Xinjiang Autonomous Region of China during a heatwave and plague.

6. The Eighteenth Layer of Hell Behind the Dark Mountain is a Qing Dynasty story told by a master of dreams, divination, and stories. He tells of a young dreammaster’s visit to the eighteenth level of the Underworld to learn sorcery from a damned queen.

7. In A Small Village Somewhere describes the cultural experiences of a Westerner in a remote village shortly after the cultural revolution.

8. The Qur’an That Binds is a story of terrorism and the current conflict between the native Uyghurs and Chinese in Xinjiang.

9. Terror In Two Worlds is a fantasy of dreams and magic in ancient China.

10. Jūnzĭ describes the encounters of an American-Chinese doctor with gangsters and terrorists during his rescue of a Muslim friend in modern Xinjiang.

11. A Divination For Her is a modern tale of an oracle from The Book of Changes used to guide a romance.

12. Sacred Ties a story of a repentant father defending his family and his honor.

13. The Girl And The Moon Bear is a simple fantasy of a girl and her unusual companion during ancient times.

14. Women Hold Up Half The Sky tells of a young Uyghur woman leading an ambush of a vicious gangster and his gang in an oasis of Xinjiang.

15. How Difficult Can It Be? is a story of an American who works as an enforcer for Chongqing’s top gangster. Warning: The story tales a deep dive into Chinese social relationships.

16. Love With Chinese Characteristics follows the difficulties of love between a Caucasian man and Chinese woman shortly after the cultural revolution.

17. Wakened Vengeance is a story of the CIA’s payback for the assassination of one of its officials.

18. The Ultimate Mace describes the tracking and killing of a right-wing sociopath hired by the Chinese Security Bureau to kill the American President.

Memories of tradition, poverty, and humiliation are

older and fresher in China than any other country. 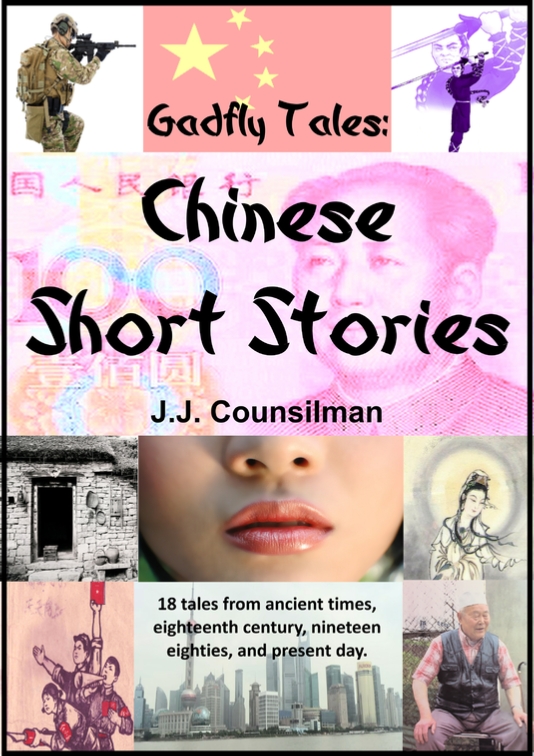